There is no blog of mine not writing about this idea. I like this idea because I came up with it as a child when I didn’t even know programming.

The idea is simple

Generate all possible images programmatically. As a child I comprehended as much that this would take all of time in the Universe. I calculated that if I want to generate all the 10x10 pixel images in full color (lets say png with 16 million possible colors every pixel) we have to generate 16000000¹⁰⁰ images. I will not make that calculation, it's a number we have no words for. Also if every image takes just a millisecond to generate we still never see the end of it. It is just an assumption but it takes longer than the Universe to evolve to the point where I write this sentence.

So if you want to generate meaningful images, let's say 1000*1000 size (that you can see normally on a screen) we are talking about a time scale that is so meaningless that I don't bother to explain it.

But why do I want to generate all the images anyway?

Because it is interesting. I thought about a lot of examples in the last 20 or so years (yeah I really stuck with this idea).

Everything means everything really. So we would see as many real things as fake ones. Fake articles, fake events etc.

The problem other than time and resources

Imagine you have all the images. You would never know what you see is useful or not. You can’t even write an algorithm that decides. Even if you find an image you are on, checking out the image right there, you wouldn’t know if that is a perfect replica of the event you are living right there and then. But that is the closest you can get. But finding that image randomly has less chance than winning every lottery on the planet in the same week.

So it's dumb. You can watch images about real alien planets. Would never know if they are real. See historical events unfold. Would never know they really unfolded like that. Generate the frames of a full documentary about a caveman realizing how to use fire. There are almost infinite other versions of that movie in the dataset where it happens slightly differently and in some you will see aliens shitting fire on a stick and giving it to the caveman.

You can see I have a lot of fun with this idea, because it helps you imagine a lot of scenarios. It's fun. Dumb fun.

You simply can’t search the dataset. You just have a huge dataset of images without context. Lots of noise and as much fakes as real ones (and even calling the real ones real is a stretch). You randomly stumble upon interesting images and totally useless ones. You might use an algorithm that can categorize images at generation. But still finding the real ones is impossible. So why bother anyway? This is really a thought experiment. Bruteforcing to see everything is stupid. 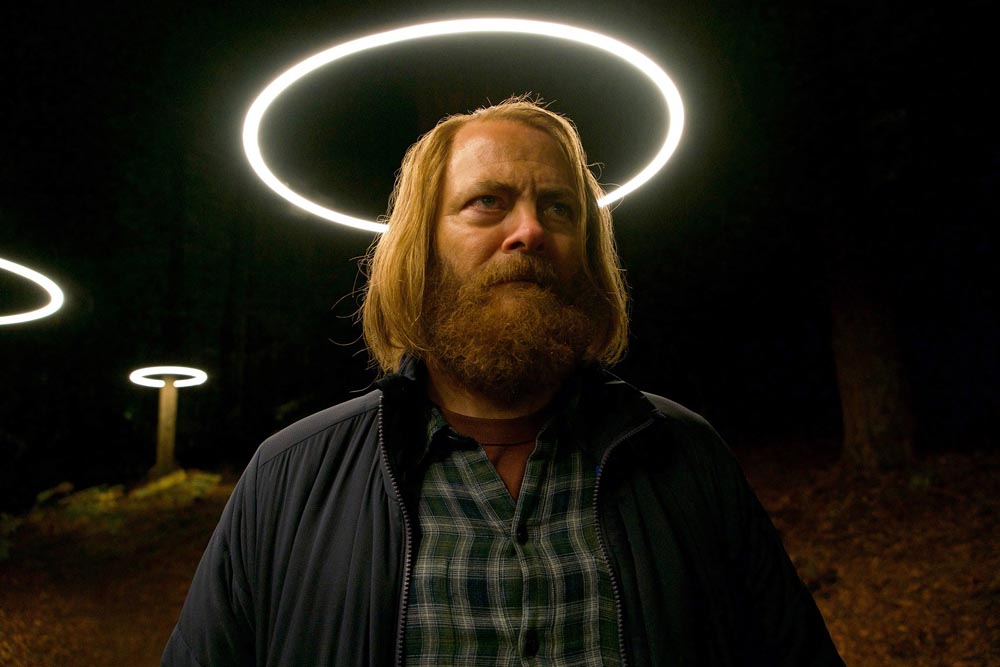 If you saw the mini series Devs… it gave a lot of insight for me in this idea of mine. I highly recommend watching that short series. It really touched a nerve for me because of this idea I stuck with so much. Every blog I run I write about this once. I am not sorry about this.

Tech became better, and we have something called deep learning algorithms. What they're doing is creating images (and text, and data) in a way statistically possible. They are not generating reality. They are generating data realistically. You might get where I am going with this.

Every deep fake face is one such. Above I explained you bruteforcing this idea is stupid. What deep learning does is doing the same thing smartly. You can teach one to generate faces. Body poses. Landscapes. Objects. Planets. Whatever. Instead of generating every possible image they generate statistically possible ones. They are not real. They can be. In theory at any point you can generate anything.. Full movies. Why not? The point is: it is a better way than my childish idea to generate all the images. With better results, faster. You still can’t decide if it is accidentally real though… so it is still pointless fun at this point in time when it comes to creating images.